Hey fellas! Last weekend I have been at the Wake Alps competition and took home 2nd place. Here is a short review and some pics from the flower ceremony and comp.

My journey starts on Friday afternoon when I drove from Graz (Austria) to Mariazell (Austria).  There I took the gondola to about 1300m above sea level to Bürgeralpe. When I reached the station at the top, Marco the boss of this snowboard area and organizer of Wake Alps was already waiting. He brought me to my hotel room at Berggasthof Bürgeralpe. I hit the sack early to be fully rested for the next day comp.

View of the magnificent WakeAlps

Saturday morning, first I got an insane breakfast and after that I took my stuff and went to the 2-tower cable -about 3 minute walk. The set up with a spinekicker and rooftop was pretty basic but considering the, location pretty sick as well.
At 10:00 I did my training and afterwards was chilling in the sun until qualification starts at 12 o’clock. 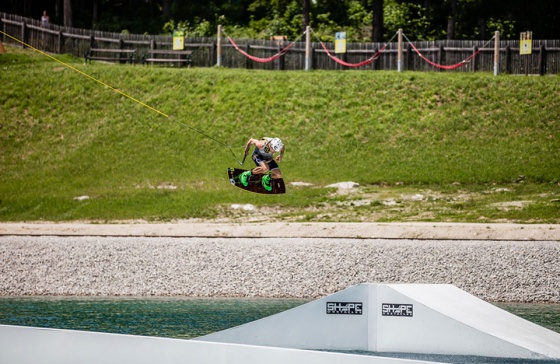 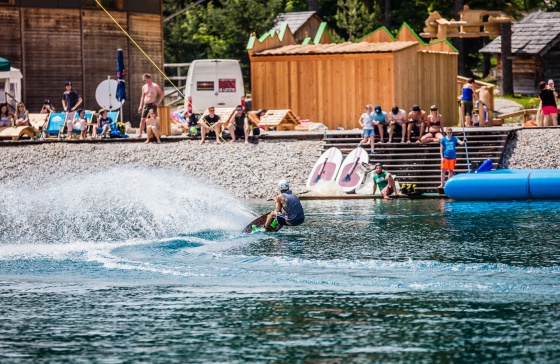 First the comp started with 12 rider parted in two groups and the best 4 riders from each group get into semifinals. We had to do 3 passes and every single trick counted.

After winning my semifinal duel I had to fight against the three other winners. All of us had to do 4 passes, two best kicker hits and two best rooftop hits counted. All the training, qualification and semi final runs took their toll, so it was pretty hard to show your best tricks in final but in the end I got 2nd and took home some cash.

Props to all the riders who competed and to Marco Schaffer with his team for putting on such an amazing event. “See ya again next year!”
Big thanks to MO4 Wakeboards, Picture Organic Clothing and COW-style for helping me to do what I love! 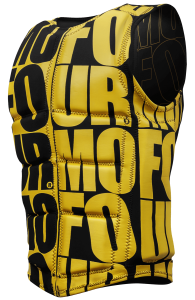 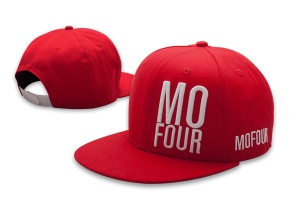