So being a Kiwi (person from New Zealand) naturally Australia would be the last place in the world I would want to visit.
But then I realized it has been over 5 years since I was even in that part of the world, so I thought I might as well go to a place that can stay hot for longer than 2 months out of the year.

After THAILAND I flew out to Australia to start work at BliBliwakepark, as one of the technicians under the new ownership. The summer was as Australia is…… HOT as f*&k. With most days being between 30-35 degrees, it was very different to Germany.

The work started under the new ownership. From the first day we took over we closed the cable down for a week to work on the place. Old broken down obstacles got rebuilt into epic things to ride. The building went through some pretty noticeable changes. And the cable itself got a pretty good upgrade making it smoother than ever to ride. It was a pretty heavy first 60 hour week to start a job. Especially starting the job straight after a 13 hours drive from Sydney to the Sunshine Coast.

BliBliwakepark is one of the oldest cables in the world still using very old systems, such as levers to operate the cable. However it is an awesome park with over 11 epic obstacles. The wake park also triples as an aqua park and also a fishing park.The 3 months I worked there just flew by. With a lot of work and to be honest not too much riding.

Halfway through the season I took a week off to visit a country that I have not seen since I was 17, New Zealand. The week was spent catching up with family and old friends, a lot of drinking and a bit of riding behind my brother’s friend’s and my uncle’s boat. It was also sick riding the Mofour EVOL behind the boat. The board is mainly for park, but in combination with the flex and shape it made wake to wake fun and easy as hell. It was awesome being back in this country, were the air was sweet and fresh, and every breath you take doesn’t feel like your lungs are being sun burned. I had actually forgotten how surreal the scenery is and how fresh the water is.It was also epic riding behind the boat on flat as water with massive mountains towering up around us.

After finishing the job at the cable park I decided to do a road trip, over 1100km, down to Sydney, where I flew out back to Germany.

I started in Brisbane (staying at backpackers). There I rented a car from Wicked Caravan rentals, then drove down to the Gold Coast, where I also spent my birthday with some pretty awesome people from the backpackers there, which also ended up in a 3am swim in Surfers Paradise beach in my birthday suit (number one birthday rule!). The club we were at on my birthday was pretty insane as well. The club is called Sin City, and at the name suggests all the bar tender girls and waitresses are all dressed up just like the girls from the movie from “Sin City”. I think that was birthday present enough to be honest, but it was hard to order a drink as I suffered from a bad case of drop jaw.
After the Gold Coast and a pretty massive hangover I drove on down to the pretty famous Byron Bay. The place defiantly lived up to its name, but sadly two days was not long enough. However the two days were spent in the pretty intense surf, a few times nearly killing myself trying to surf these killer waves. After Byron Bay I had a day and a half left before I had to drop the car off in Sydney. So the next 2 days were all about driving 800km stopping at some pretty cool beaches along the way. One night was spent in a tent that popped open on top of my car, wished I used that tent more often, it was awesome.

I arrived in Sydney and spent the weekend before my flight staying at an old friend of mine’s place. A few days of drinking and cruising around the streets of Sydney.
Now after 24hrs of flying and abusing the planes’ free bar, here I am, back at Turncable and as I see it one of the best cable parks in the world. The season has now started and I say bring on 2014!

Thanks to Lukas Amstuz, John Fredatovicha.k.a Hone, Alex Tate, Jiri Heller, Josh, Su, Stefano, Mitsuki, Dan S, everyone at BliBli and to everyone else I met along the a way. Thanks for making the season what it was, and all the guys I met on the road trip thanks for making it some epic times! 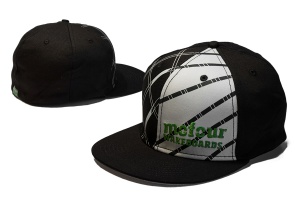